'Amend' is a docuseries which explores the citizenship of America. It does not sugar coat the whole thing but documents the fight to gain equality for everyone who is a citizen of America. The series is a good history lesson if you are so inclined but I looked at it as a lesson in democracy.

Democracy has a crazy name. It does not seem to work immediately. It works slowly and intermittently. So it gets a bad name. Why is a Fascist state be able to do things faster while a Democratic state plods through? Why is there no corruption in a Dictatorship and it flourishes in a Democratic state? I am not going to answer these but looking at the way citizenship evolved in the oldest democracy in the world is a lesson on how to bring about change through continuous activism and good democratic institutions.

'Amend' tells the story of the 14th Amendment and the way it changed the political fabric of America. The 14th defines who an American citizen is and is pretty much the basis of all the rights that comes along with it. America has to go through a Civil war to get that. Of course. Nothing comes easy. However, the subversion of the 14th through the laws continued for another 100 years till the Civil Rights laws were passed. By the time segregation ended for the Blacks, it was a continuous struggle and fight in the streets for a hundred years. We go through a list of Black leaders starting with Frederick Douglass to Martin Luther King Jr., all of whom were willing to get down into the streets and fight for the rights.

The struggle for Blacks didn't end there and continues today where they fight racism along with the other minority groups in the streets. Change needs continuous education of the issues to the masses and ensure that the legal means are kept busy till you achieve that incremental progress.

'Amend' talks about the struggle of the Blacks for three episodes and dedicate one each for Women, LGBTQ and Immigrants. Thats a tall order to cover in about 6+ hours.

Each of the struggles go through the stages - awareness, setbacks, success. You start with accepting that segregation is part of life. You go through the awareness phase where you start looking at the inequality and question. Then the backlash against the awareness sets you back - legally and politically. Finally you achieve incremental success. This is important since there is no such thing as complete success. We do compromises, get what we can, move to get more in the next phase.

Democracies are not perfect. But given that you have a 'functioning' democracy, it is possible to bring about change. When one fights for a particular right, the progress is made in bringing about awareness about a cause. When Rosa Parks refused to give up her seat in the bus, she brought to attention how segregation affects people on a daily basis. It took another 10 years to remove it, but then thats how it works. It took leaders like Martin Luther King and Malcolm X to keep the focus on the issue and not get distracted into others to bring about that change. Was it 100% foolproof? No. But it was progress.

So, what lesson to take from here? That given the paucity of options we have, democracies are our best bet if we want to give ALL citizens a better life. Sadly, the current state of the country leaves much to be desired and for us (and for the world) the only way forward is through building a vibrant, dissenting, strong democracy.

Email ThisBlogThis!Share to TwitterShare to FacebookShare to Pinterest
Labels: Amend

“As for me, I am tormented with an everlasting itch for things remote. I love to sail forbidden seas, and land on barbarous coasts.” So it i... 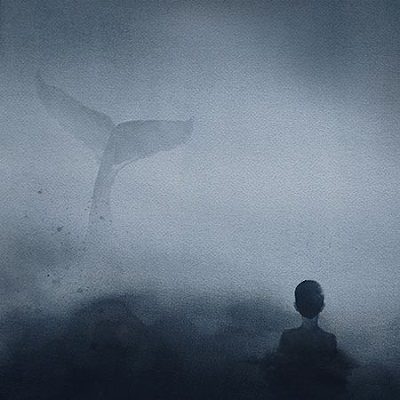