It took about a month and a half to watch the six episodes of 'A Suitable Boy' by Vikram Seth adapted for Netflix by Mira Nair. Probably I read the 1200 odd pages of the book in lesser time. But that was a different time from a different world.

Infact, I read ' An Equal Music' first. In 1999 it was the toast of the literary world. The next novel from the author of 'A Suitable Boy' , it was supposed to be a classic instantaneously. However, I was disappointed by both the story and the number of pages it took to tell it. However the prose flowed like poetry and I wanted to read the previous book as well. And I loved it.

'A Suitable Boy' is a book of multi-dimensions and tells the story of the selection of a suitable boy for Lata. However simple it may sound with that one line, the story weaves itself across the landscape of India in the initial years of Independence when the country was trying to get on its own feet and walk.

So recites Amit - one of the suitors of Lata. He writes it thinking of her. In a way, its a comment on the women of India who have their husbands picked out for them all the time. In Suitable Boy also Lata choses the wise man over the passionate one.

No matter, this is about the TV adaptation. The book, I remember, was commented to be a love story with little love in it. Mira Nair goes all out to show it off as a love story with the material she had. Which is all the better as otherwise it will become a harsh commentary on the way we chose husbands for the women of this country.

The 1950s were a dreamy period when the country was full of hope , the politicians had an inch of decency in them and the great nation-building program was in progress. However, the harsh reality was the upliftment of the poor and the communal poison that was injected into the soul of the country during partition (which has come to roost now!). The TV series touches these a little over the course of telling the story.

But the primary thread is Lata trying to chose between the three suitors in front of her - her mom's favorite - Haresh , the poet - Amit and her passionate love - Kabir. The sub plot is that of Maan - her brother-in-law and his infatuation with the courtesan, Saeeda. The multiple threads are brought to an end at the end to the satisfactory conclusion.

What I liked about the adaptation is the lightness with which the story is told. Knowing the complex societal mores in India, the story moves along a simple path of following the way Lata is being pulled by everyone to chose their favorite and she making up her mind for her future happiness rationally.

What the book is not is a commentary on the mores of the Indian society as a whole. By showing the events as it happens the adaptation becomes the commentary of the same. The book written in 1993 has subtly touch on a whole lot of things which have sadly become more relevant in today's India - caste , religion and the combustible mixture of politics into it. Although we do not hear any comments on these , the fact that they are there is enough to make you aware of it and be embarrassed.

In the end, it is an absolutely entertaining adaptation with the right cast and the right director. A little bit of nostalgic watching and feel good about a story well-told in screen.

Email ThisBlogThis!Share to TwitterShare to FacebookShare to Pinterest
Labels: A Suitable Boy, Netflix

It took about a month and a half to watch the six episodes of 'A Suitable Boy' by Vikram Seth adapted for Netflix by Mira Nair. Pro... 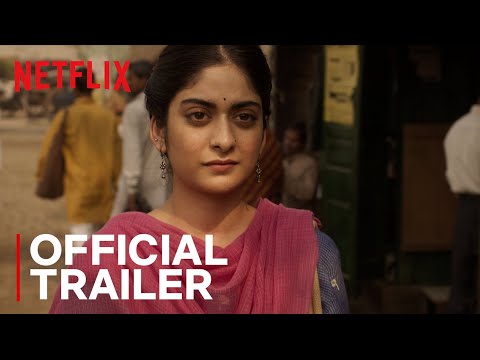